While it is always important to think about time and cost efficiency, some issues are only noticeable with scale and increased complexity. Build systems like CircleCI offer many configurations but reach their limitations in the context of a mono repo. This article will provide you with a better understanding of these limitations, and show you how to overcome them utilizing CircleCI’s latest functionality in combination with custom tooling.

At Credit Karma, we have 3 variants of the iOS app, built specifically for each of the different countries we serve. To simplify dependency management for native development, the Native teams opted to use a mono repo to house all of our iOS code. This meant that there were 30+ iOS engineers across different teams, working on different parts of separate applications, all working out of the same repository.

Our codebase is structured into 30+ different modules, with a small subset shared between all applications. While the move to a monorepo simplified dependency management and code sharing, our CI infrastructure was struggling to keep up with the additional load. We were running the entire testing suite for every single commit, regardless of the change. With a relatively large testing suite, this incredibly inefficient strategy made it difficult to merge pull requests.

Here’s an example of the dependency structure for one of our iOS apps. For example, an isolated change to `Module6` meant that we were running the tests for all modules, including the ones not even used in this particular application – how inefficient!

Generally speaking, the default CircleCI tooling  is designed to work for a single repository with a single application, and with the shift to a monorepo, we needed more control over our workflows & jobs. This post will cover the additional tooling that we implemented at Credit Karma to support this goal:

Run the tests only for the modules that may be impacted by a given change.

In the past, we’ve thrown more machines at the problem. This was masking the underlying problem, and was only a temporary bandage to the root problem increasing our infrastructure cost. Like most companies, Covid has caused us to re-evaluate our costs, and trim the inefficiencies where possible, and these efforts not only reduce the infrastructure costs, but also reduce the time it takes to run the testing suite on PRs, effectively saving our developers more time.

Each module has its own set of tests, and we use a “pre-build” job which is responsible for building all of the test runners for each module. Each module then executes the tests in parallel as shown in the image below:

With a clear separation in applications and modules (US/International/Shared),  we began looking for ways to conditionally run a workflow based on the changes. We came across this medium article which leverages pipeline parameters, which were officially introduced in the Circle CI v2 API, in December 2019:

Pipeline parameters are typed pipeline variables that are declared in the parameters key at the top level of a configuration. Users can pass parameters into their pipelines when triggering a new run of a pipeline through the API.

This `ci` workflow has a single job, `trigger-workflows`, which is solely responsible for triggering other workflows.

Jack (of all trades)

The `trigger workflow` command is responsible for the following:

In order to understand the dependency structure of the project, we introduced a simple json object which can be adopted by any repository using any language. It looks like this:

Each object in this file represents a “package”, which has a distinct `path_regex` and a corresponding workflow (pipeline parameter). Lastly, we express the dependencies in an array, which contains the names of other dependent “packages”. We need this information to build a dependency graph to determine which workflow to trigger.

Let’s take a look at what core logic in the `jack trigger workflow` job:

This logic is pretty straightforward, as we parse and extract all jobs from the Circle config, and then retrieve a list of changed files from the GitHub API. Using this info along with the supplied dependencies.json file, we build a dependency graph and determine which workflow to trigger. We then determine which jobs will be skipped and report them back to GitHub as successful.

Having the ability to split workflows based on changes isolated to a single app is already a huge time saver, especially if the workflows deviate substantially in overall run time.

Changes are oftentimes limited to specific feature modules which might have just few or even no other dependencies. We thought it would be great to just skip jobs which aren’t impacted by given changes.

As you can guess, our solution for this involves Jack, and some CircleCI configuration magic. Let’s start with everything in Circle first.

CircleCI doesn’t offer any mechanism to conditionally run jobs in a workflow. However, CircleCI does allow you to conditionally exit a job without failing. From the CircleCI documentation, we can use `circleci-agent step halt`. While we still must spin up the executor, we can at least exit early to avoid running tests on non-impacted code.

This looks great, but there are still a few more problems we need to solve:

As we want to cover the CircleCI part of this solution first, we’ll presume Jack already has this information. Jack determines which jobs can be skipped and writes them to a simple .txt file made available to all jobs.

The usual way to pass information to downstream jobs in CircleCI would be persisting the data to the workspace and then restoring it in every job. Since we use the workspace for many other things, we needed something lightweight and fast. As we’re only seeking to pass around one simple text file, re-purposing the CircleCI cache functionality allowed us  to achieve just this. We just use the current commit hash to ensure this file is only used for the given PR the workflow is running for.

Caution – Any mistake in naming or of job or parameter, would break this system. This can be solved by linting the Circle config to ensure consistency between job names and module names.

Determining Which Jobs to Skip

Our dependency file which we’ll pass in to Jack will look something like this:

We opted to use XcodeProj to create a script to parse our project files for every module and generate this dependency graph.

Utilizing swift package manager allowed us to cache this code in our Circle process to generate the dependency.json file for every PR. If the dependency is explicitly defined in the module project, it’s fairly straightforward to retrieve the information using XcodeProj:

Running the package script on Circle is simple:

Using this dependency graph representation as a parameter allows Jack to determine the jobs which can be skipped and return the above mentioned text file which can be passed to the downstream jobs.

The following diagram depicts all parts of the system and how they interact with one another:

Here’s a visual representation of a typical workflow before & after our changes. Previously a simple change would have caused the entire suite to run, taking over 2 hours. With the revised changes, that same change only took 37 minutes, almost a 75% decrease in total time.

By introducing an additional job that essentially gates other workflows, we have additional control which enables us to employ some logic.  Here’s a couple of things we did:

We’re very excited to continue to develop this tool internally, and have even discussed the possibility of turning it into a Circle Orb. 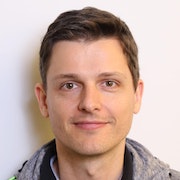 Christian is a Senior Mobile Engineer who leads the iOS Core Product team at Credit Karma. He studied computer science in Germany and has been an iOS engineer since the introduction of the iPhone 3GS. Prior to Credit Karma, he worked as a freelancer in Germany and various startups in San Francisco. In his free time, he practices Ving Tsun Kung Fu and enjoys hiking. 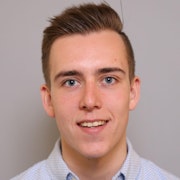 Spencer is a Mobile Engineer on the Client Frameworks team at Credit Karma. Through his time at Credit Karma, he’s worked on a number of projects spanning from experimentation, data quality, and most recently, embedded web apps & performance initiatives across the Native applications. Spencer studied Systems Design Engineering at the University of Waterloo. Outside of work, he enjoys touring California on his motorcycle.