At Credit Karma, my team maintains a service powered by a multi node Akka cluster. Akka is a framework for building distributed, concurrent, and message-driven systems in Scala. It helps us easily scale our service, and gives us some resilience when problems inevitably happen in production. In this post, I’ll cover two problems – auto down and quarantine – and share our lessons learned.

One day, all large number of requests going to our service started failing. Looking at our monitoring tool, we saw that the one of the nodes that listens for REST calls was no longer making calls to other nodes in the cluster. So we started digging through our logs to try and figure out what happened. This is what we found:

As a new user of Akka, I had never seen something like this happen before let alone know what it means when a node gets quarantined. But the error message was clear enough; we needed to restart that node’s actor system to fix it. After that, everything was back to normal and the task switched from firefighting to investigation, starting with what the heck quarantine actually means.

An actor system can be placed in a quarantine state when a remote actor system determines that further communication to that system would be harmful. It does this by dropping all incoming messages from, and outgoing messages to the quarantined actor system. The Akka documentation lists three reasons why a node would become quarantined:

This is a pretty short list without a ton of information, so let’s dig into each one of them.

This one is less specific than the other two so we will start with it. The code that powers it can be found here:

HopelessAssociation is an exception that is thrown when Akka gives up trying to associate a node with a cluster. There are a few cases where this can happen, but it’s all pretty deep in the internals of Akka. Suffice to say, the application logic of your code will most likely not be the cause of this quarantine.

In addition to the normal actor death watch mechanism, the remote death watch system augments itself with a periodic heartbeat to detect when a remote actor has failed due to a network problem or a remote JVM crash.

The code that powers this transition is shown here:

This one is a little tricky and, in the end, what caused the problem at the beginning of the post. The code can be found here:

Nodes can be removed from a cluster from one of two states: Exiting and Down. The main difference between these states is Exiting is the happy path, where as Down is the sad path. If a node is removed from the cluster while in the Exiting state, then the node will not be quarantined. If the node is removed while in the Down state, then it will be quarantined.

So what caused the errors we saw? Before we get there we have to talk about one more thing.

While we were developing the service, we had automatic downing enabled and set to trigger after only a few seconds. Experienced Akka developers may look at this and think, “The docs say not to use auto-down in production!” and they would be correct. The simple fact is, we had forgotten it was there and it made it into production. Because of this, small network problems were causing nodes to be marked as unreachable, immediately transitioning them to Down, and then promptly removing them. As we learned earlier, if a node is Down when it’s removed from the cluster, it will get quarantined.

Sometimes this would occur on one of the dedicated REST nodes and, even though they were quarantined from the rest of the cluster, the client would continue to make calls to it which caused errors. It has been some time now since we removed the auto-down flag from our config file and we have never had a node get quarantined since.

Things will fail, so try to make it graceful.

We built our Akka cluster to stay available in all kinds of situations, but you cannot protect against everything. The best thing to do is make sure you can fail gracefully. In our case, the client we built to call our service is smart enough to retry in the event of a failure on a different node.

Sometimes the best documentation is the code itself.

Sometimes, when faced with a problem, you have to go to the source to see what’s actually happening. It can be rather daunting when you first start, but a good integrated development environment can help immensely. I recommend starting from a single point and branching out. In this case, I knew that a QuarantineEvent is passed onto the event bus when a quarantine happens. So I started by looking at all the places where that event is used, and then found only the places that put that event on the event bus. 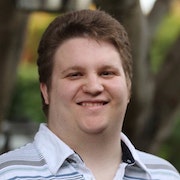 Scott is a software engineer focused on distributed computing and functional programming.