When I started at Credit Karma in late 2014, we were introducing Kafka into our data architecture. We were building out what would become the core data infrastructure for the company, which is and was growing rapidly. In a mere three months we were pushing 175k JSON events per minute into Kafka. At that time, we also introduced a new data warehouse, Vertica, to help us scale our analytics and reporting.

As we pondered the design for the application to read from Kafka and push data to Vertica, some challenges became apparent:

To ensure our new application could scale as our data ingest rates grew, we opted to use Akka Actors, a framework that utilizes the Actor model as its core concurrency abstraction. We chose this because it was proven to scale and we loved the simplicity of the API. While the basic Actor model provides a simple, scalable concurrency paradigm you still need to think about how work can pile up in your system. The sole way to interact with an actor is via a message, which means slow actors can have messages queue up in memory while fast actors continue to send them messages.

We built out the initial implementation using Akka Actors, with each actor owning one of the three challenges above. Our initial version was fairly effective.

We made an Extractor for each Kafka topic that created three child actors:

The Extractor also wrote to disk and signaled a DB Loader actor to load the file when a file was ready (when it was big enough or a certain amount of time had passed). This worked well for a while. The setup is shown below:

Our goal with this flow was to push as many rows into Vertica as quickly as possible while accounting for all of the problems mentioned earlier. This ran for a while without any real issues, loading data into Vertica from Kafka. However, as time passed, we added more topics with additional events. Because writing to disk was the slowest part of the process we would eventually find messages piling up at the Extractor.

Running into a wall

Skip forward 14 months. Our system was using predictive modeling to match our 60 million members with thousands of available financial offers. We began logging the results of every single prediction as a single event. Once this topic came online we effectively doubled the number of events being generated. Before this new topic, we were pushing about 350k events per minute. Afterwards it was closer to 700k events per minute. All of a sudden the system fell over – we were halting and barely processing anything.

As you can see in the graph, we would process 10s of millions of events then grind to a halt. The red line is our target 750k mark, so it’s easy to see we were not keeping up with the ingest of data. It turns out we were getting slammed with garbage collection pauses.

Our system had no concept of backpressure.

Luckily, by the time we found the problem Lightbend had introduced the Akka Streams API, a framework optimized for high throughput. Akka Streams comes with backpressure out of the box. Converting our existing actors to streams required only the following steps:

This was a big improvement! We were able to make four distinct pieces that the Akka Streams API allowed us to put together. With raw actors you have to connect all the pieces yourself, providing actor refs appropriately and hoping the messages you send are correct. With the streams API you can easily use the built-in processing stages to compose many little pieces.

We were excited. This was an order of magnitude of difference. We were consistently sitting at our highest levels from our other graph. The streams performed significantly better:

Data loading speeds as of writing this. Our ingest rates continue to go up.

Akka Actors are an extremely powerful and configurable abstraction. However, if you’re not careful your application can spend too much time garbage collecting message objects. When your application requires high throughput, take a look at Akka Streams to help manage the workload. 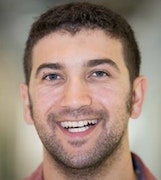 As a senior software engineer on the data and analytics pipeline, Zack provides tailored recommendations for each individual member’s financial situation.